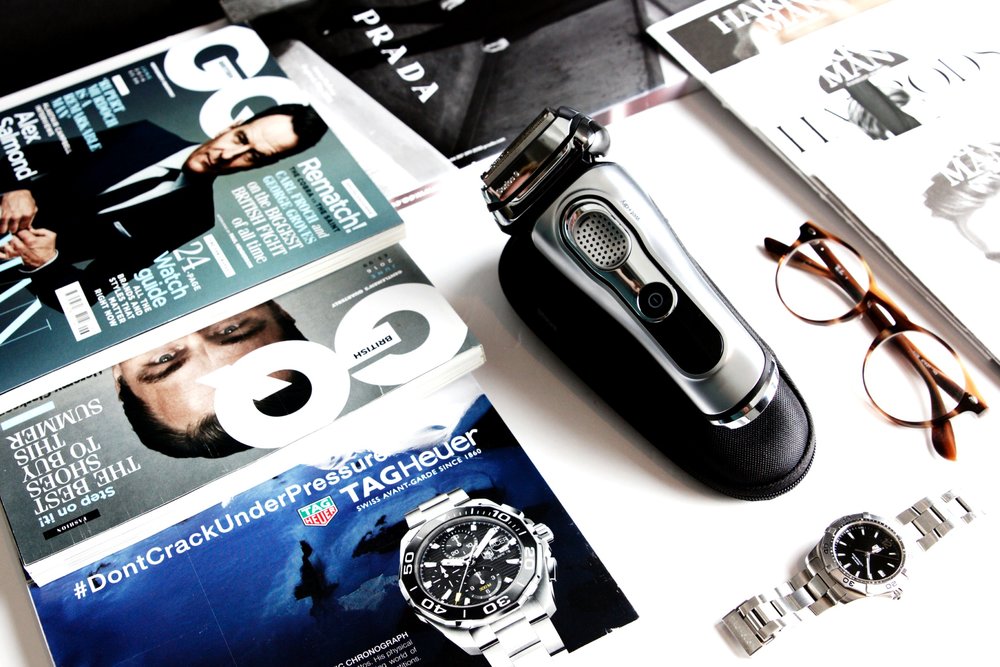 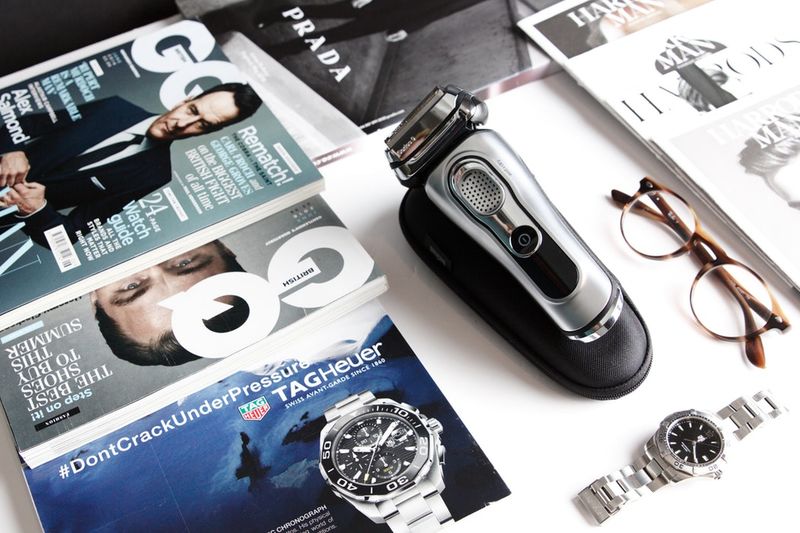 Some people feel that everything that came after the second blade on a conventional disposable razor is superfluous marketing. But this is not about some people.

This is for those who want to keep abreast of the latest technology and for whom design is just as important as functionality or, really, even more so. Even when it comes to getting rid of the hair on your face. If you want to shave like there’s a camera team behind you every morning, we’ve got you covered.

A beautiful standard that is anything but basic.

To find a brand that takes design really, really seriously, we need to look no further than Braun.

That most sophisticated German appliance design company which counted among its fans the late great Steve Jobs - who was an avid collector - has been at the forefront of both function and physical beauty in consumer products since their inception.

This takes us back all the way to 1921, when Max Braun started a small engineering outfit in Frankfurt.

The shop grew into the brand we know today somewhere around 1935 and has not changed its logo since then. Why muck around with things that are perfect? But Braun is synonymous with innovation and improvement in every other thing they do.

The decision to hire Dieter Rams, celebrated German designer and the inspiration for much of what a certain brand with a fruit logo creates to this day, was what brought the turning point for Braun.

It made the German word for brown into a household name in the kinds of households where the people cared about what stuff looked like, not just about what it did.

Which One is the Best?

Yes, Braun is a fantastic company, and we know that there’s no quality like German quality, whether it comes to your cars, your beer or your shaver. But which Braun shave is the best?

Which one will leave you with skin like a baby’s bottom until the 5 o’clock shadow comes back at least a couple of hours later than its name suggests? The short answer is, well, both. For the long answer, read on.

One would think that the same series two numbers down would automatically mean better. We are here to tell you that this isn’t necessarily so: there are the Braun 7 men and then there are the 9 series type of guys.

Both models can be used wet and dry, both are ideal for more hirsute and coarser haired gentlemen – all this goes almost without saying. The question here is not whether you’re getting a good deal.

You get a good deal one way or another. We’re talking about preference – which, as any fine gentleman knows, is harder to figure out. Let us help you out.

A beautiful standard that is anything but basic.

So you’ve got sensitive skin. It’s alright, we won’t tell. And the 7 series will make it seem like you don’t, anyway. Its super swanky technology geared towards men like you means that you don’t need to go over same spot twice, which is as we know what causes redness and irritation.

Take your pick from five shaving modes from sensitive to the ominously named turbo and leave the work to this handy little thing: its auto adjustment system adapts to any beard thickness automatically and with 10,000 micro-vibrations per minute it gets even flat lying hair or hair that is 0.05mm short. No, you can’t imagine how short that is.

It moves around even the manliest, most angled jaws but locks into place for tough spots like the one under your nose. Once you’re done, just chuck the thing back into its charging and cleaning station where the magic happens while you go about your day.

What goes down in the meantime is that the dock goes through four cycles like a washing machine to clean, lubricate and charge your shaver. The alcohol-based cleaning fluid removes 99.9 % of germs and ensures the blades stay sharp as wit.

One full charge, which takes an hour, will keep the party going for fifty minutes, but using the 5-minute speed charge you can shave even if you forgot to plug it in earlier.

The 7 series is waterproof for the under-shower-shaver to get two birds with one stone and leave you smooth and stubble-free, because that’s what the ladies want, no matter what they tell you.

This shaver comes with its own cleaning and charging station, a travel pouch, travel adapter and a cleaning brush you will lose immediately.

Yes, this thing packs fewer extras than the 9 series, but that might not be such a bad thing. The father, or certainly ancestor to the 9 Series is a bit older, but everyone knows that class can come with age, and just because something is hip and cool does not mean good old dad doesn’t know better. This shaver is for the guy who knows what he wants and what he doesn’t.

Never judge a book by its cover, unless the cover is this beautiful.

This thing has beauty and brains in spades. You may think this thing is too high tech for its own good, but let’s be serious: is there such a thing? Meet what Braun calls the world’s most efficient shaver. And you can bet your bottom dollar they don’t take that lightly.

It is not hard to believe them when you look at the specs on this baby: Five synchronised shaving elements read your beard like your grandma reads coffee grounds and adjust their power to your beard thickness 13 times a second.

The titanium coating ensures that dullness is a thing of the past, since this chemical element has the highest strength-to-weight ratio of any natural metal.

This means that you can go ahead and shave dry without doing any damage to it with even the coarsest hair. Or you can shave in the shower and not worry about it slipping out of your hand due to its rubberised grip.

The 9 Series cleaning system has a leg up on the 7 in that it dries the shaver after it’s done, so it will feel like brand new for longer.

Worth mentioning is another function the 7 does not have, which is the LED display. Whether this is a big plus or a completely redundant feature is entirely up to you. If you were wondering, the little screen shows battery and hygiene status and has a travel lock indicator.

Something that could have been improved but wasn’t is the battery power – the 9 Series charges and shaves exactly as long as its predecessor.

It is however more precise, powerful and more flexible, turning ten ways instead of seven. This thing comes with everything the 7 comes with plus a cleaning fluid refill or a stand for charging without cleaning which seems altogether useless.

All in all, this spacey shaver is perfect for the geek who gets excited by the four little words: state of the art.

In conclusion, neither of these will cut your skin, cause ingrown hairs or require shaving foam. But you already knew that.

Yes, both may be on the pricey side – one certainly more so than the other - but they sure do save you the trouble of having to run out to get a razor or having to pull a dull blade along your jawline hoping that the scars won’t stay.

You can forget about sticking bits of toilet paper onto your face and noticing it in the office elevator on your way home (yes, Linda from marketing saw).

All that is well and nice but really, the design is what we’re looking at, here. How much is just right?

If we remove all the swanky fluff like the – frankly extravagant – LED display and functions that look great on paper but are of little tangible use, the Braun 7 Series is the winner in terms of price to performance ratio, but if you don’t mind the splurge, the 9 is the better design object to keep in your bathroom, no question about it.

Life is short, remember that. But know that your beard will be a lot shorter, no matter where you fall, seven or nine. 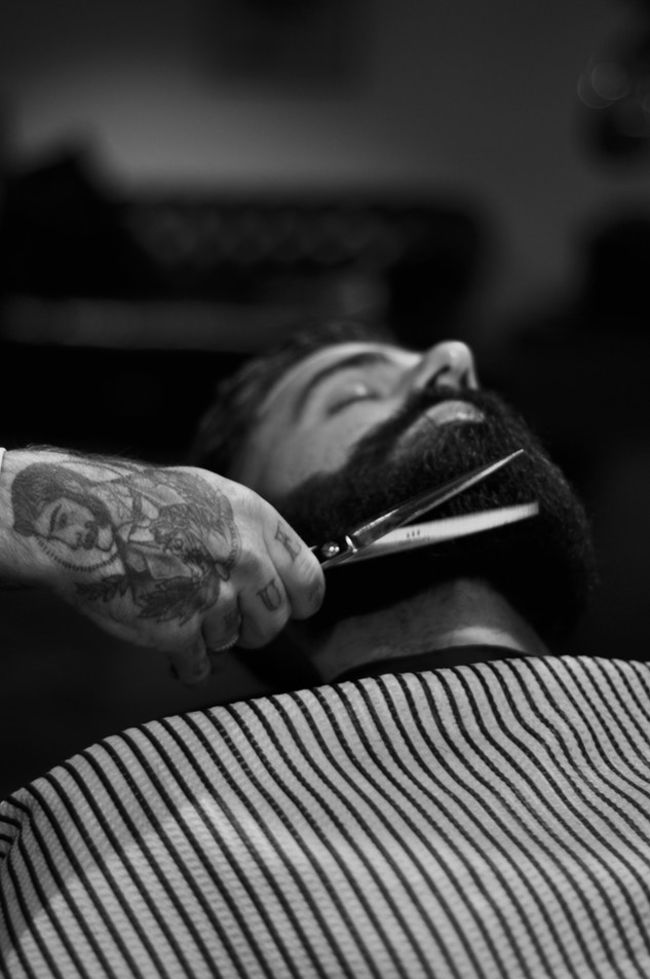 CURRENT RATING: 4.5
Based on 23 Users
Add your rating 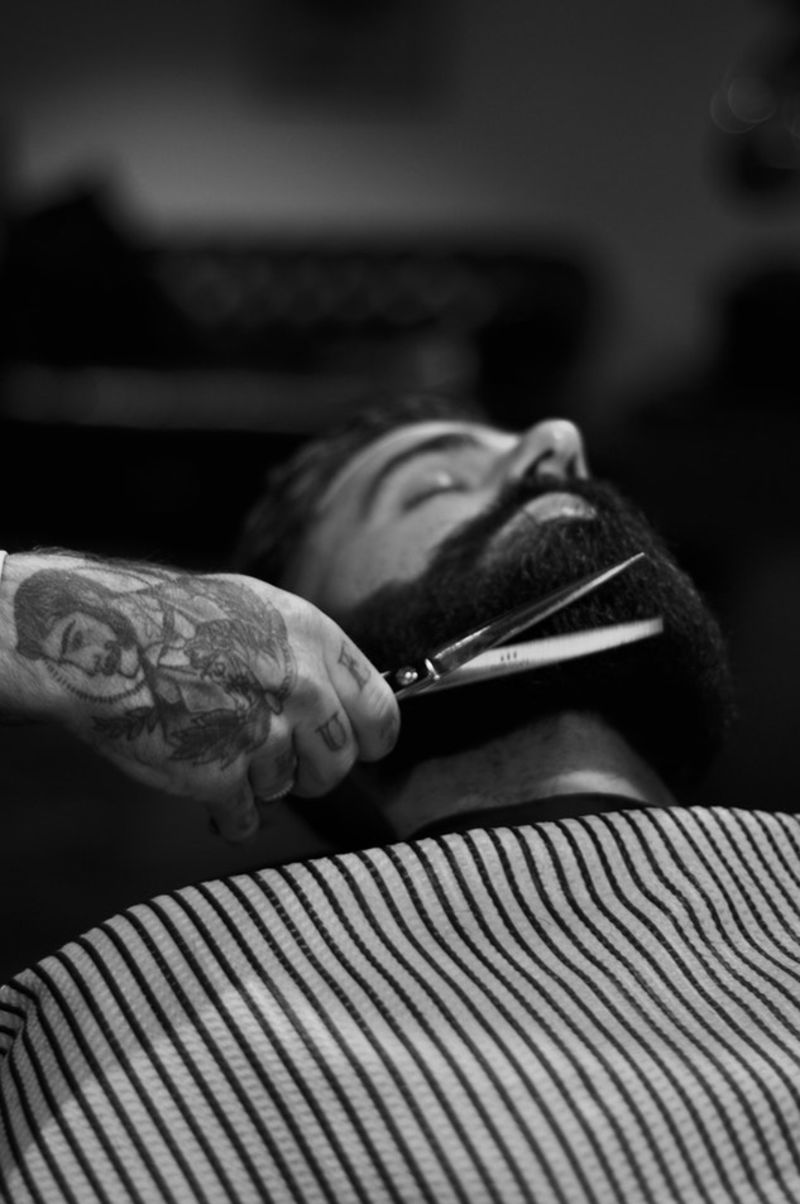 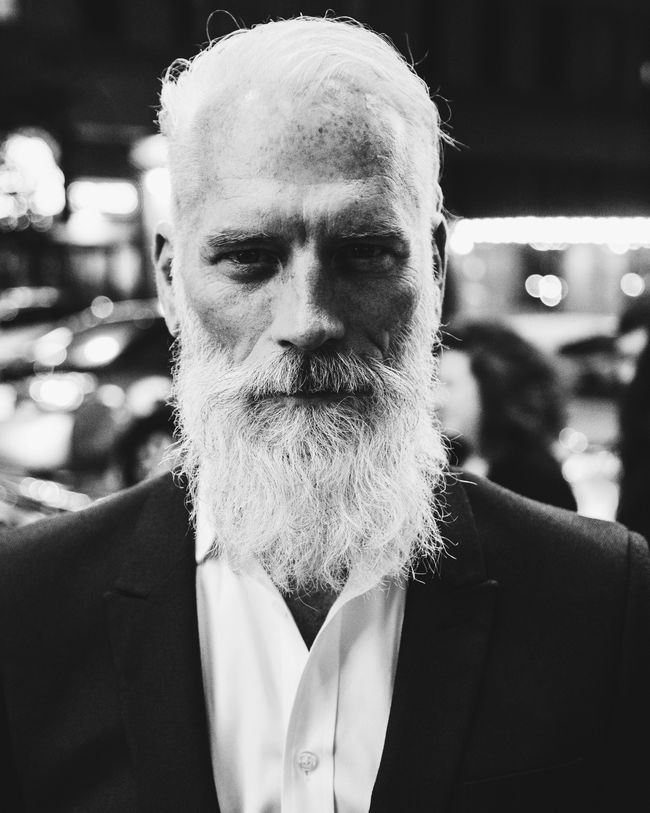 Why Do Beards Turn Grey Before Head Hair?

It's no doubt that as we age, grey or white hair is inevitable. Most of it is because of genetics that is responsible for the hair color. But it's not bad. 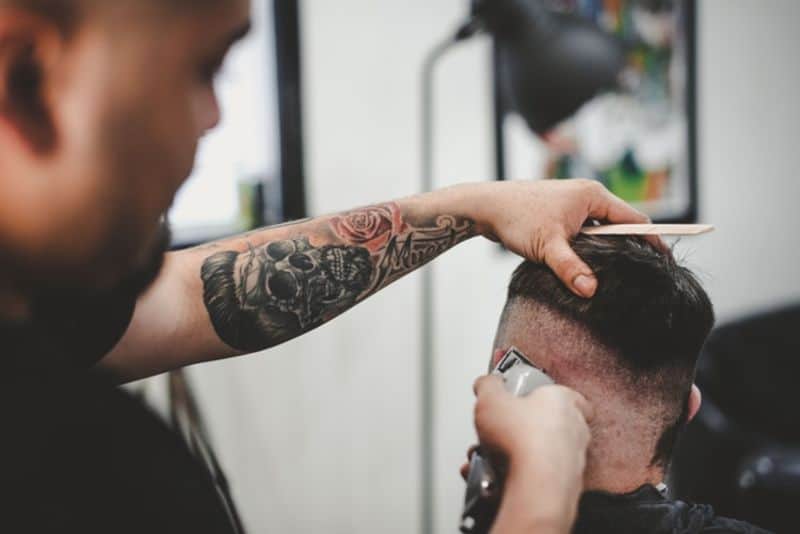 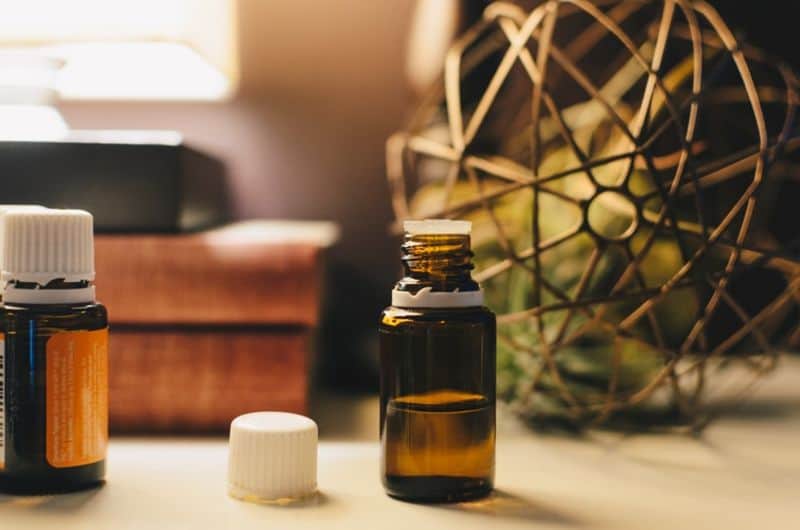 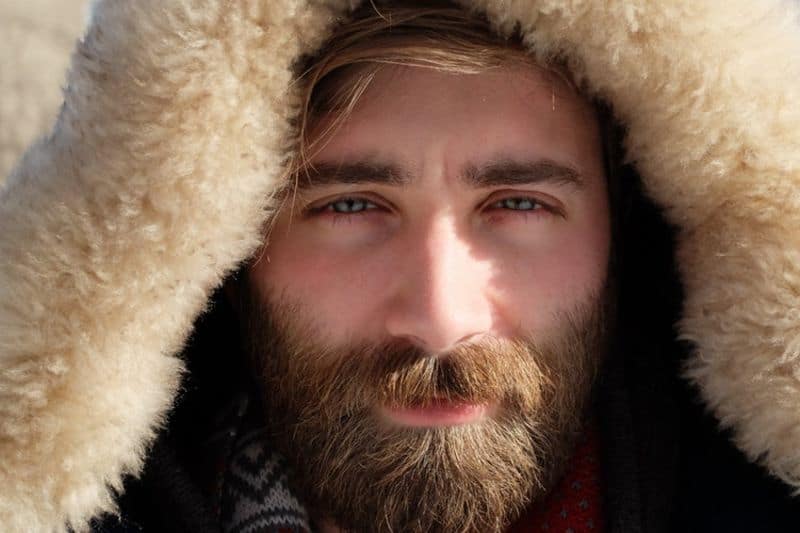 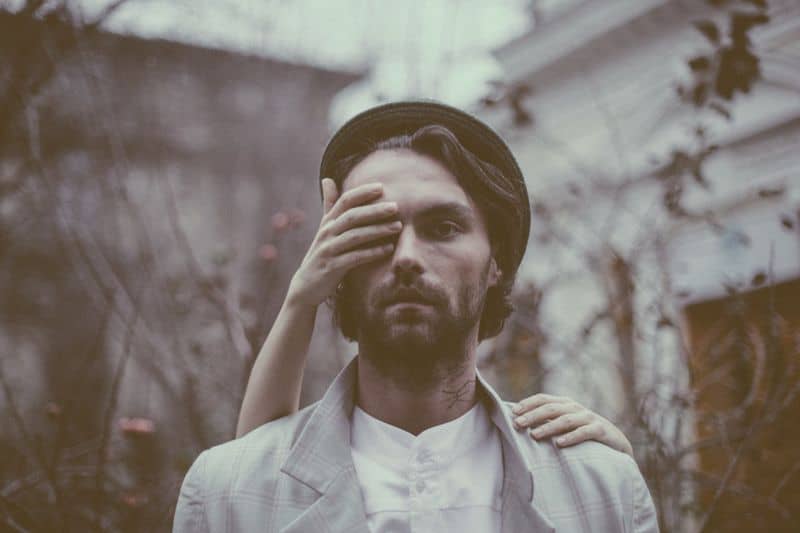